Architects of Baroda – A. M. Shirgaokar

An unpublished article on one of the architects of Baroda.

Anand Mansantosh Shirgaokar was born on 10th October '39 at Cochin, Kerala. A graduate from the Dept. of Architecture at the MSU, he also has a post-graduate diploma in housing from the University college, London. After setting up his practice in 1964 in Baroda, he has succesfully completed projects which include housing, commercial, recreational and industrial buildings

Recipient of several national awards including Commendation award in the category of "Low Cost Housing" by JK cement works at New Delhi in 1990, and the fifth annual JIIA award in '93 for excellence in architecture in '90 at Mumbai, Shirgaokar has participated in the exhibition during the Festival of India at Paris in 1985-86 for the Contemporary Architecture in India.

Besides being a member of the board of studies for Architecture, Baroda and member of the UGC panel of experts, He has also been the chairman of various committees of IIA convention, Baroda - 1972 and of IIA for 1980-82.

Speaking on his current pet project, the KAA project, Shirgaokar said, " Designing with a team of architects of KAA foundation, the prime challenge was the phased execution of the buildings in a manner that at no point in the phasing would the scheme look incomplete. It is designed as series of raised plinths which connect to terraces and inter-locked court yards. Pedestrian movement through the design is the spine which binds the diverse buildings. 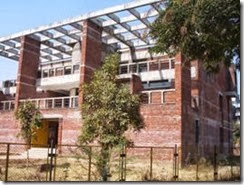 Also, all courtyards flow into each other, and sections of terraces can be seen which visually unite the spaces. The plinths are progressively raised to create a sequence of terraces. As the KAA has limited funds and the inflow of money quite unpredictable, I have intentionally designed the Campus in a way so that at no point in its phased construction would it look incomplete. This was a challenge."

Keeping in mind the educational purpose of the building, the ex-Professor of MSU remarked," The building itself should be an educational aid for the students. We have tried to exploit all types of Construction orders - different types of masonry walls, arches, several kinds of spanning elements like waffle slabs etc., even the floor patterns are distinct and in a way this has helped us procure the material which we raised from the suppliers. The redesigning was done without disturbing the old building which was a hostel block. Dovetailing elements so that it can be reused as staff rooms or computer rooms has been the attitude. I believe the students of architecture should get an environment with a distinctive character because this reflects in their work."

Shirgaokar's concern for students reflected in his style of teaching. "As a professor, I believed that the student should learn more from practical aspects of architecture than from the books. I categorized learning in two levels, a) learning from the books and b) learning from practical experiences on the field and keeping abreast with the latest advances in material and technology. Only this will be instrumental in giving the student the three - dimensional understanding of his conceptions."

In a conversation about Shirgaokar's methodology of Design The ex- HOD of Architecture, MSU, S.P.Deshpande said,"He consciously avoids over indulgence in the play of forms, spaces, volumes or even the exposure of structural elements. However he has never let himself be straight jacketed. His latter works express a down to earth attitude by the way of functional areas, volumes and forms aimed at achieving appropriateness of space and structure. Climate, locale are reflected in the overall form, openings and the layout, to create a functional, comfortable building and micro environment. There are no "isms" or philosophies in Shirgaokar's designs."

Speaking on his design methodology Shirgaokar said," Architecture, for me means, exploiting the areas that are not "labled" spaces. Transition areas, staircases, entrances, corridors etc. become important elements in my architecture. For me, a house doesn't mean only designing just the building form but the entire gamut of possible interventions where an architect should be concerned. Besides this, I am very conscious towards the quality and quantity of light especially in our climate. Climatic considerations add to the demands that we make from a design. Sensitivity towards fenestrations in our tropical climate is another area that becomes our area of concentration. Most of our buildings are passive cooled. The outer walls protect the inner core and hence keep th environment inside comfortable."

Speaking of his influences in the context of his designs, he remarked, "To me, besides Corbusier and FLW, Kanvinde, Doshi and Suryakant Patel's works are of great esteem.", remarked Shirgaokar. Shirgaokar's work can not be classified as any particular architect's impression. "I can call my work as a consequence of continuous assessment towards other's works. My self development was to contemplate on what I've already done and assessing my own works. " commented the architect. He has gone through the process of a critical analysis and understanding the constructional complexities of an architect in Free India and his works refelect a conscious attitude towards detailing.

Talking on client's approach Shirgaokar aversed," When you talk to a client, sometimes you can predict whether he is egoistic or he will compromise with the architects ideas. I select those clients who have seen my work and are convinced. Clients who are not convinced, decide after studying my earlier works. If the client has certain ideas which may not be in our vocabulary like false arches, domes and pillars etc which are mainly decorative, then it becomes difficult to accept such commissions. I don't believe in false ornamentation. I believe and follow developing my structural concept... whatever is structure in a building that is always seen. We exploit structure, space and services. We try to identify aspects of these as elements in our design. Therefore some designs look sensible and restrained because the superfluous is taken out and the unwanted is not there whatever is left is genuine stuff. To enhance the structure we try to give a color to some of the elements which serve to highlight the spaces. We started with very few projects and that gave us the brooding time. In fact we were doing a research type working on the small structures which has been very helpful".

"Architecture, the designing and construction of building, has always been a struggle to explain to the society that aesthetics was an outcome of structural elements and their interplay.", expressed the concerned architect. Reminiscing his earlier days, he said," I established my own practice in 1969. At that time Suryakant Patel and Mahendra Modi were the ones who strictly followed minimalism. Earlier my clientele belonged to the middle income group. So my main concern was cost consciousness and projecting architectural values. I follow these values even today."

5. How to (not) do your budget in five easy steps

Image courtesy patpitchaya / Freedigitalphotos.net If you have reached to the point where you have to give the budget for your project ... 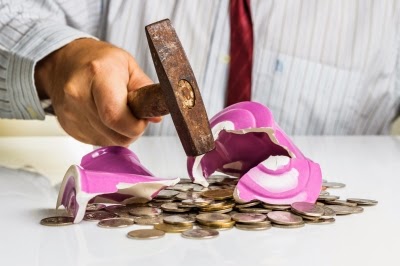